Is coffee becoming the “new tea” in China?

Ever since ancient times, China has been recognized as both the top tea producer and consumer worldwide. In fact, tea represents an essential element of Chinese culture and it shapes its traditions as well as it’s daily habits. Despite this widely spread assumption, the last few decades have witnessed a radical change of direction from Tea towards the so-called “dark side”: COFFEE.

Let’s go back to the past for a moment! The first coffee plants were imported into the country at the end of the 1800’s by French missionaries. However, it was not until the end of the 1980’s that it started to gain acknowledgment in China as a potential market to exploit. Since then, it has gradually grown in size and boomed in recent years eventually bringing China to the position of the 14th largest coffee producer country in the world.

The main geographical areas responsible for Coffee production in China are Yunnan, Fujian and Hainan Island. The surprising aspect is represented by the fact that the Yunnan region and especially the city of Pu'er have always been famous for tea cultivation and production. On the contrary, nowadays, they produce almost 99% of Chinese coffee, reaching the same amount of coffee manufactured by El Salvador and Kenya together. Don't get us wrong, Tea is still there! However, the diversification on offer surely signals a change in the Chinese consumers taste and market demand.

As a matter of fact, if we have a look at the current situation, recent statistics show very positive trends in favour of coffee. China has become the heaviest coffee consumer among the emerging countries by demystifying the typical stereotype of “Chinese people only drink tea”.

Moreover, the growth rate of its consumption in the Chinese territory is almost equal to 20% per year. This is significant data especially when we compare it with the rest of the globe, as it overcomes the average worldwide growth by more than 2%.

After briefly analyzing this data, it is interesting to find out what the reasons behind this phenomenon are, according to research published by Leicester University, coffee appears to be perceived as a symbol of social status for the middle and upper class by recalling the concepts of being modern, international and fashionable. Furthermore, the liberalization of the economy, which has provided access to a wider choice of coffee varieties, and the growth in the purchasing power of the Chinese population may have affected these trends. In general, people are also more willing to try new, foreign and exotic goods, which makes coffee a valuable candidate to include in the must-try items.

These attributions and features associated to coffee might have also been influenced by the big multinational coffee chains, which have established in China in quite a radical manner by guaranteeing the perception of the high quality of the product. Among those, it is necessary to mention Starbucks, whose presence in China is constantly growing at a rapid pace and is expected to open 6 thousand shops within 2022. It is particularly shocking to think that today Shanghai already hosts more Starbucks coffee stores than London or New York. However, apart from this big brand, some smaller and local independent coffee boutiques are also entering the market, counting on providing an image of exclusivity, innovative environment and enhanced service to customers.

You could also be interested in: Luckin Coffee vs Starbucks

In the light of these characteristics, it is not complicated to guess the types of clients that regularly consume coffee. The new generation of Chinese middle-class, including millennials and Generation Z seem to be fond of coffee as well as business people and professionals. However, it is not uncommon to find people with different social backgrounds and age ranges among the big chains’ customers.

Despite the taste of the coffee supposedly being the central element, the experience around it is also what makes drinking coffee special. Chinese people appear to expect more than just “a coffee”. They want to spend time in the store and live it as a form of entertainment. Thus, the pleasant atmosphere, high-quality service and relaxing environment are usually considered basic requirements. In fact, Espresso-style coffees are not among the favourite types of beverage within the Chinese community, long, milky and sugary caffeinated products are indeed the most successful.

Last but not least, a rising trend concerning the coffee world in China is related to the willingness of learning how to make coffee. Due to this, training courses and workshops are organized and gaining popularity amongst coffee consumers. This could be a great opportunity for expanding the coffee business by integrating these learning activities into their shops and creating new channels of revenue.

Now, it is clear that coffee is becoming part of the Chinese routine, but the big question is:

Do Chinese prefer Tea or Coffee?

We investigated over Chinese respondents living in Shanghai, who expressed their personal preference between the two most consumed beverages in the world.

According to the survey results, 55% of the respondents prefer coffee over tea (45%). This outcome may have sounded extremely surprising in the past but nowadays, it does not seem to be that shocking, if we consider all the aspects mentioned in the previous part of the article and the degree of western influence Chinese people are constantly subject to in their daily routine due to living in Shanghai. 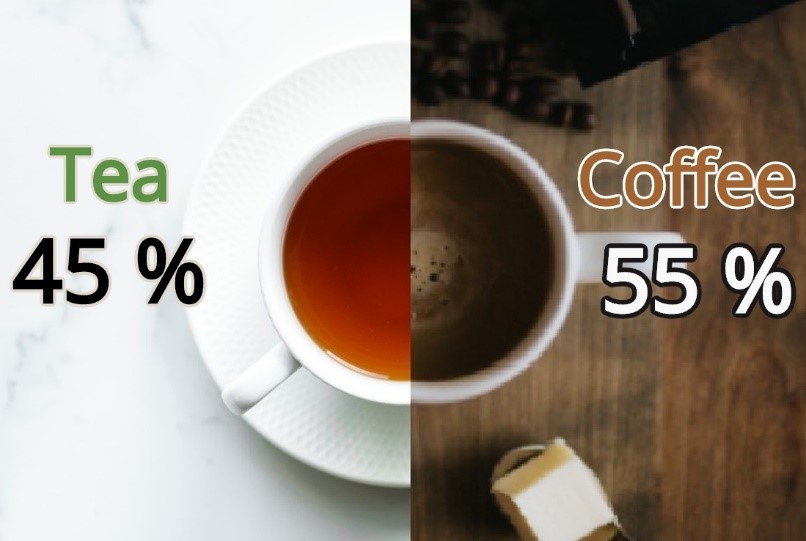 Secondly, the participants were asked to select the type of coffee they usually order in a café. As a confirmation to the assumption made earlier, the preferred varieties were: Latte and Cappuccino. In fact, only two respondents named Americano and only one admitted fancying the strong and short Espresso. 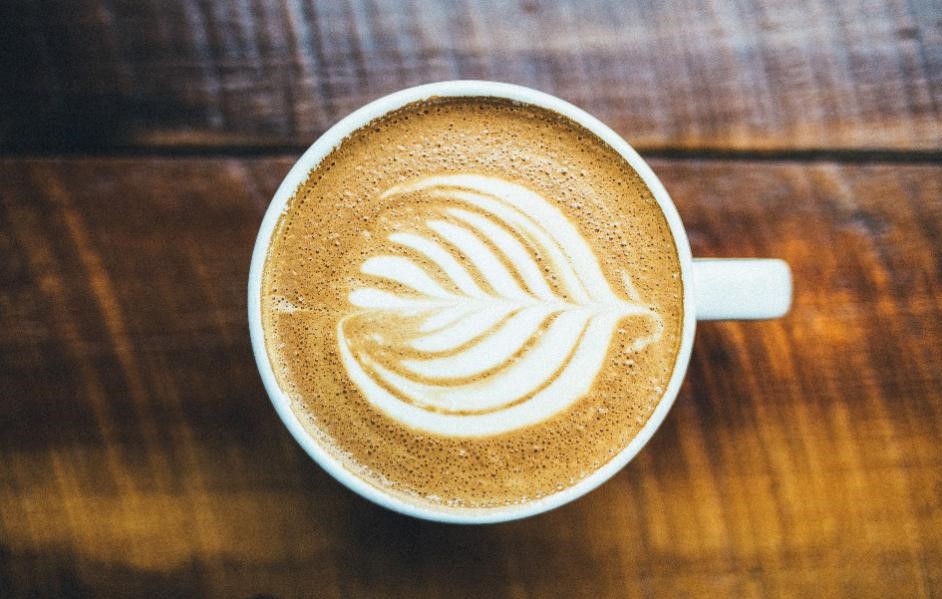 Lastly, we were interested in gaining some further insights about what coffee means to them. This last step was implemented by associating the first three words that came up to their mind when thinking about Coffee. 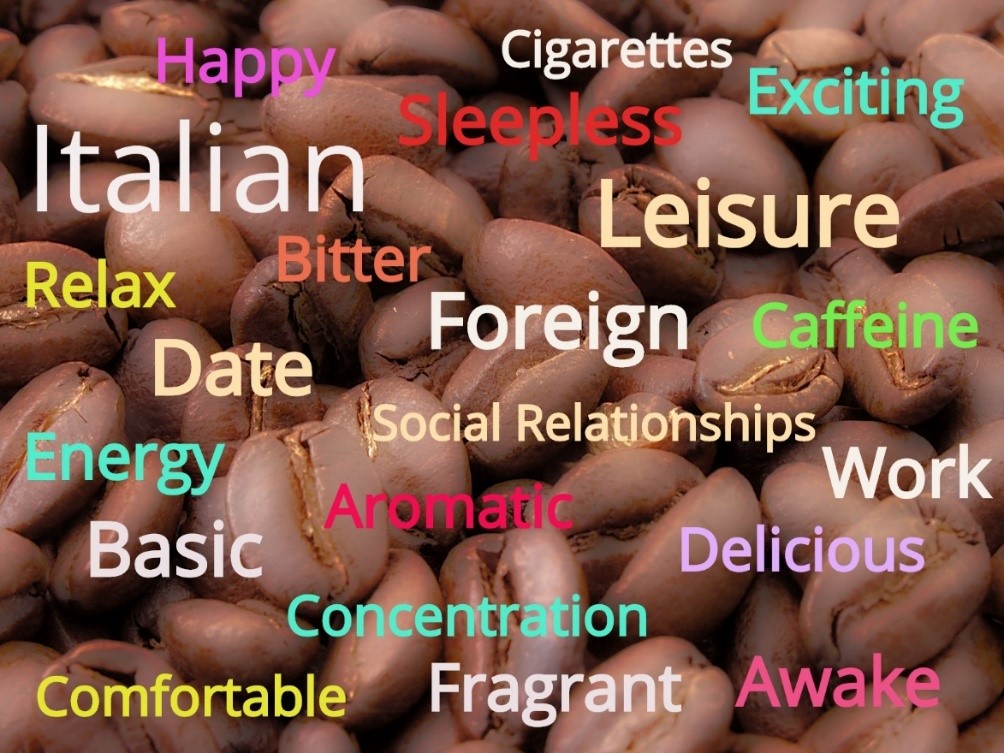 As we can see from the picture, various words have been enlisted. Most of them refer to:

Hence, the terms collected reveal that the sample audience consider coffee as something Social, Foreign along with other positive connotations.

In conclusion, after acknowledging the current market trends & statistics and anaylzing these results, it is impossible to deny the rise of coffee consumption in China. Moreover, the evolution and growth of this industry in China is a clear sign of change, which could characterize future business opportunities and consumption habits. Although the future perspectives seem to present plenty of promising opportunities for the coffee sector, it is important to note that perhaps Chinese people will never give up on the age-old habit of drinking tea. Therefore, we should not perceive Coffee as its replacement, instead, this could be the end of this timeless war. In other words, the upcoming situation might depict a coexistence of both beverages, which will enrich the range of choice to enjoy in different social occasions in China.