For many years, people have been searching for the creator of the Parthenon, as standing in front of the Parthenon, we have to marvel at the intelligence of the architects of ancient Greece and how they mastered the extraordinary architectural design capabilities.

The city of wisdom in ancient Greece has long been swayed in the wars and turmoil of the millennia. Plato's ideal country was broken into mottled empty talk under the advances of Sparta, Macedonia, Ottoman and the Persians; as Western Europeans took the stone pillars of the temple from the city of Athens in the name of scientific protection. The accumulation of civilization requires a very long time but it’s destruction, only an instant.

After three thousand years of history, the city is incapable of resisting the reality of the baptism of war. In the past, the burial of the European civilization was left behind only by it’s stone pillars, as in mythology, the Athenians chose the olive trees of Athens and rejected Poseidon's horses, as peace has always been a firmly held belief in the city. 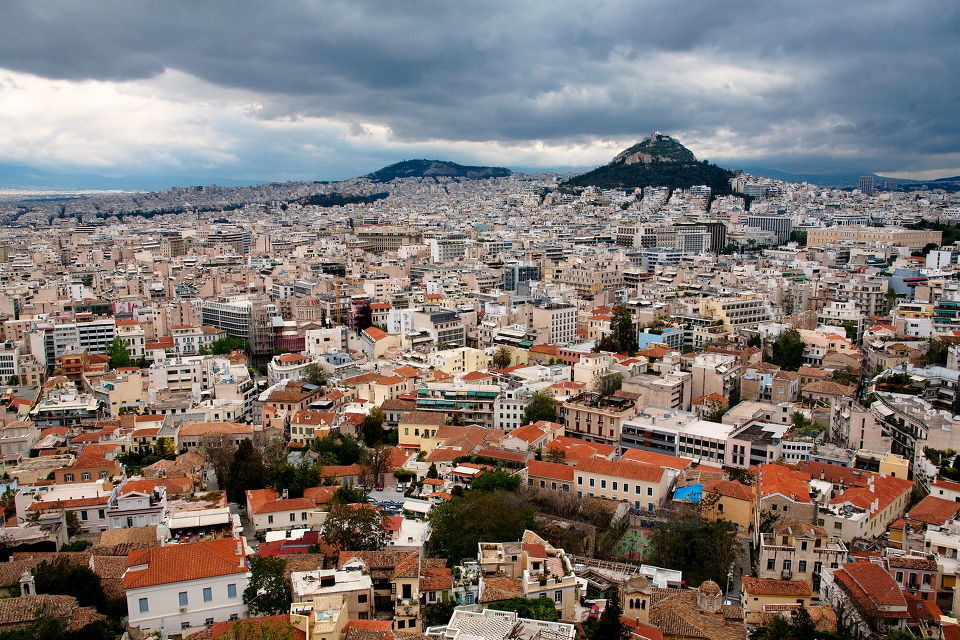 The Acropolis, the “high city”, is now only a glimpse of the rapidly expanding southwestern city of Athens, once prosperous and endless. Quietly walking on the mountain road leading to the Acropolis, looking at the ancient city that has been sleeping for thousands of years one cannot help but sigh, such things are of human comprehension. If there was no ancient, distant city wall, how may this romantic and leisurely city be connected along the Aegean Sea with such  deep history? Both sides of the mountain road are lined with cafes, strolling sighseers and graffiti on the wall - truly this is a lazy city.

Stepping into the Acropolis Hill Gate seems to have entered another world, even though the glory has passed away, you can still feel its grandeur in the realm, the light of yesterday circling around in time and space. The open-air ancient theater unfolds like a fan, as the seats rise from the ground along the mountain, extending up  to the mid-mountain range, where it is then swallowed by the grass. In the deepest part of this stone steps, it seems that you can still feel the shocking speeches of the ancient Greek philosophers or the echoes of ancient operas.

The Temple of Eric Tion on the highlands is still a stunning sight along the wild grass. Six marble stone pillars have been carved into the appearance of a Greek girl wearing a skirt, holding a flower basket and with long flowing hair hanging down from behind, as she silently watching over the waves of the Aegean Sea.

The reviving of the glory days of the Acropolis is a pursuit into history. The peaceful appearance of the sacred marks and the coronation of time is  a respect for the history of this time. As Yu Qiuyu said, “The ruins are ancient envoys sent to modern times, exuding the magnetic force that makes people linger.” After a millennia, the stone pillars of the Parthenon are still standing, but I believe it will always hold a kind of charm that will last forever, just like the soul: although it is more fragile than the re-enacted picture, it is more durable, more faithful, as they are only built on the ruins of history, but they are tenaciously loaded with a majestic city-state belonging to the past. 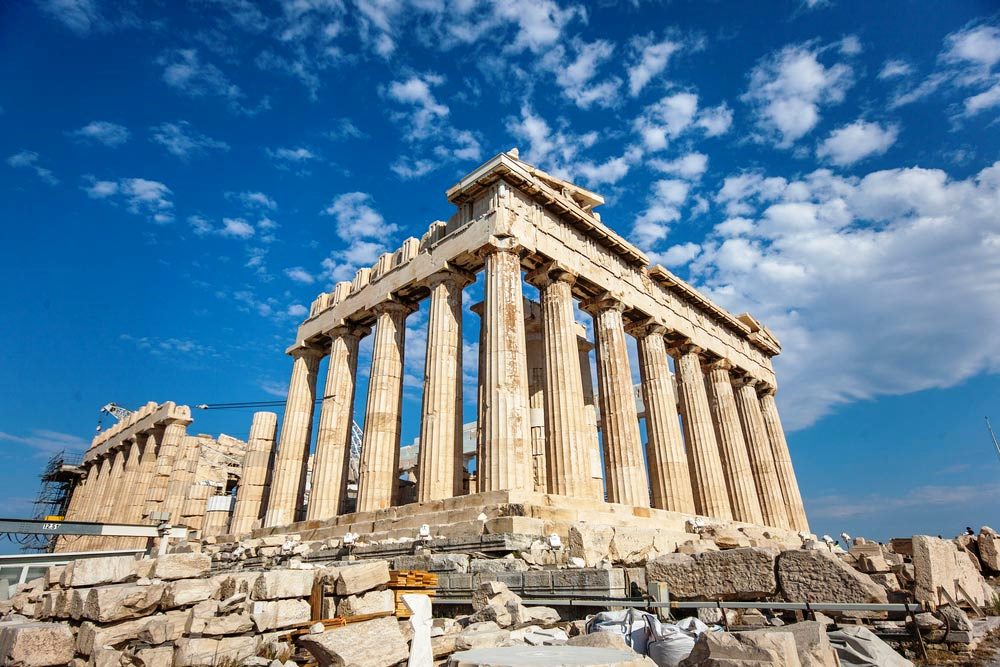 Along the side of the mountain town, the museum is filled with statues of gods. After thousands of years of wind and rain, baptism of war, religious overturning, and the destruction of fools, it is similar to the scattered stone sites along the wild grass on the mountain path. The stone site has been damaged with time, a head has been broken, or an arm has been folded, but it is still delicate. This is the power of art to penetrate time. The inheritance of ancient civilizations always requires witnesses, even if everything is wrong, the tune is still the same.

Across the mountain, daily life is a millennium ahead, the temple of marble and the legends of the gods are no longer as The Monastiraki Square at the foot of the mountain is full of the hustle and bustle of modern life. Whether it be the owner of the mobile booth selling freshly dug out coconut meat, the children rushing to the hawkers selling balloons or the street performers eager to perform difficult tricks, the subway is also always busy with waves of businessmen dressed in suits. 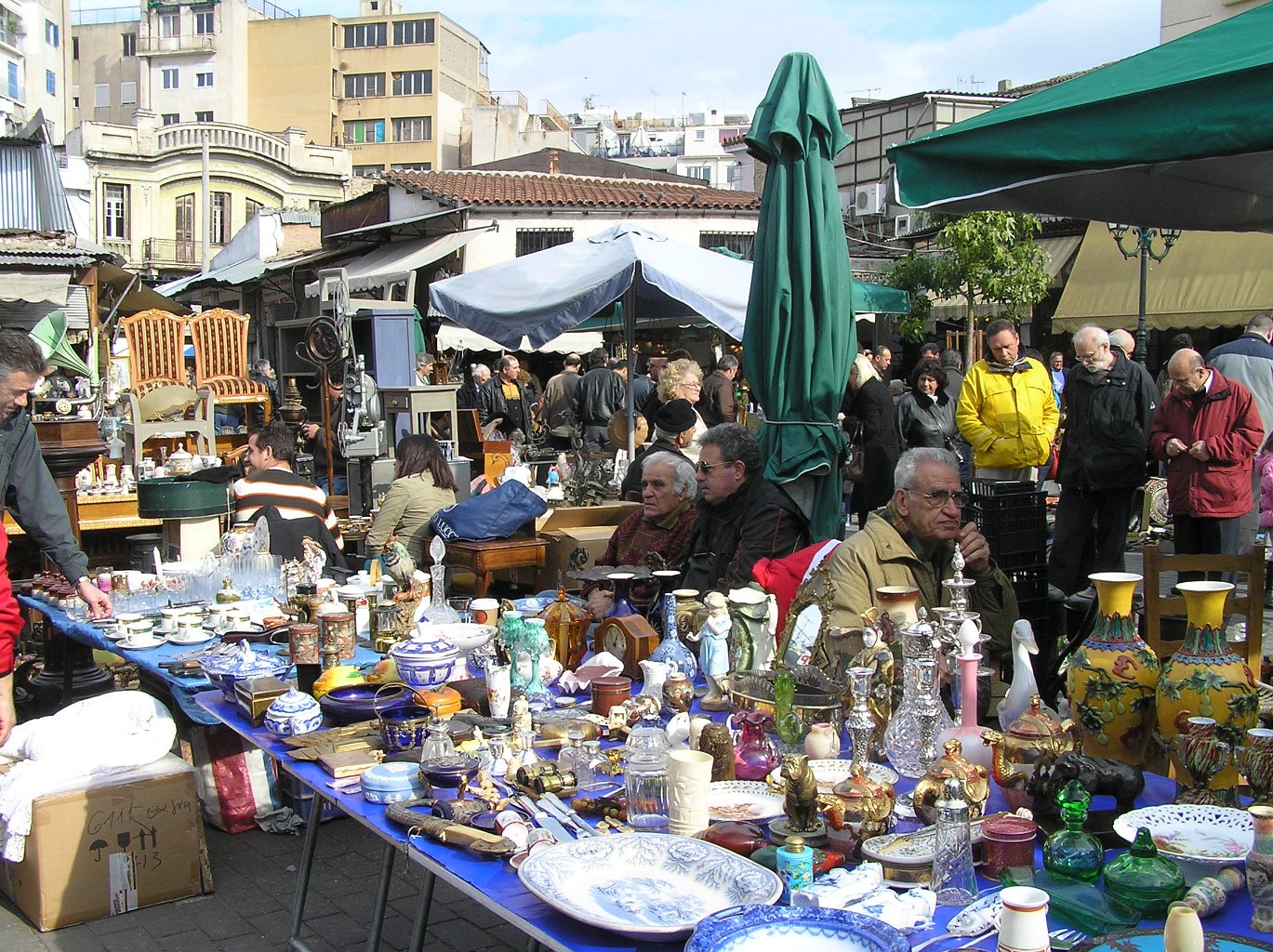 On the side of the square is the flea market. The charm of the atmosphere, not the goods is what is most enjoyed here. On both sides of the narrow roadway, the gorgeous Greek weaving, the true and false bronzes, and all kinds of tourist souvenirs stretch out from the shops, as if  to encroach on the already-stricken roadway, this kind of invasion is not so crowded, but it is indeed full of dazzle.

At the crack of dawn the next day, be sure to get up early to arrive at the dock. As the crowds in the market on the previous day should have long since disappeared. As this ancient town still sleeps, only the Acropolis on the high hills and the round of the bright moon, overlook the devout land along the mountain, truly, it is impossible to say  what Athens will look like in the next millennium.