China’s cultural background is quite unique, with a multitude of traditions and celebrations that are still mostly unknown to Western countries. Although in recent years China has also begun to recognize and celebrate some Western holidays, Chinese festivals are still irreplaceable marketing nodes and have become a reference point for Chinese consumers’ shopping timeline throughout the year. These peculiarities result in a series of marketing opportunities for brands to take on, which makes it necessary for Western brands to step up their game and get to know China’s cultural-related events on a much deeper level.

So how to combine holiday elements with brand promotion? Let us take the upcoming Mid-Autumn Festival (October 1) as an example to showcase some basic holiday-marketing tips.

Most traditional Chinese festivals have their own story and cultural elements that differentiate them from the rest. To understand how to implement a successful marketing strategy based on these festivals, it is crucial to have a better understanding of their historical background. For example, among the most popular festivals we have:

Of course, the Mid-Autumn Festival also has its own background and elements. It is a day that symbolizes family reunion and closeness to home for Chinese people. The key related elements include the moon, rabbits, and moon cakes. The reason behind this is that China has a tradition of worshiping the moon since ancient times; in fact, it is said that on the fifteenth day of August in the lunar calendar, the moon will reach its brightest and roundest at this time of the year. This ancient belief explains why the Mid-Autumn has become a festival that is intrinsically associated with the moon. Another interesting fact is that ancient Chinese people also believed that people traveling far from home were able to enjoy the same moon as the one in their hometown, therefore when they were feeling homesick, they simply had to look at the moon to make them feel like returning to their hometown. What about the rabbit? This is related to the famous Goddess Chang’e and her pet Jade Rabbit, popular characters in traditional Chinese myths. 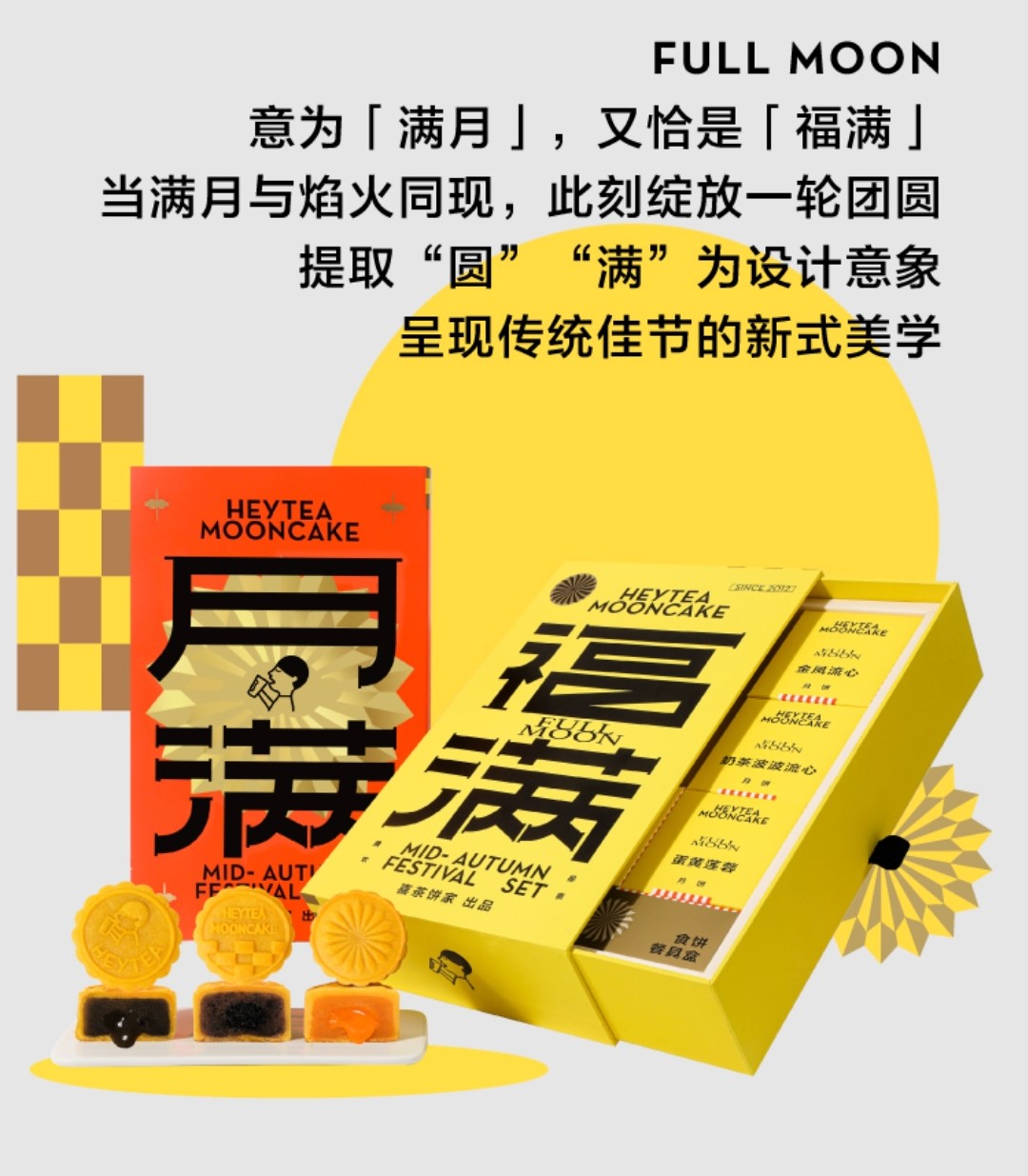 How to build marketing campaigns for Mid-Autumn Festival

Now that we know more about the elements of the Mid-Autumn Festival, how can we use them for marketing purposes? The first option is strictly related to food: under any circumstances, food is believed to enhance the overall interest of consumers in any festival, and mooncakes offer a great opportunity for brands to work to align themselves with the celebratory mood. Based on this fact, it shouldn’t come as a surprise to see several brands getting involved in the launch of co-branded mooncake gift boxes, which appear to be a great choice for gifts combined to an enhanced brand awareness (if the campaign is carried out successfully). What’s more, mooncakes offer a great selection of flavors, packaging options and overall design, thus becoming a perfectly flexible element that can be adapted to different brands and their consumers’ preferences. 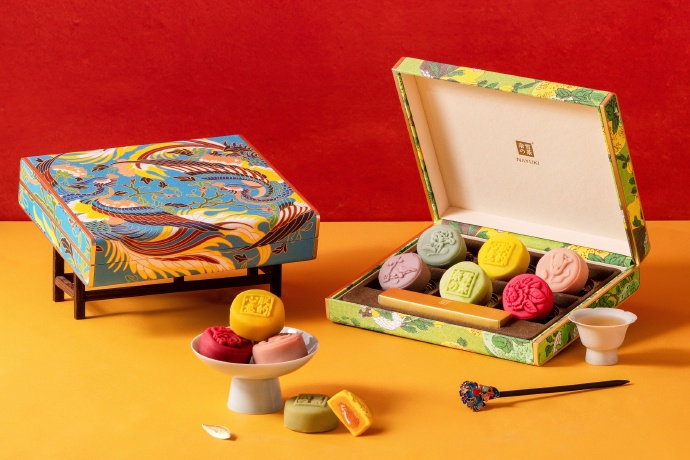 In terms of packaging design, Luckin Coffee and Line Friends launched four co-branded mooncake gift sets this year, with a very cartoonish packaging style. Brands such as KFC and Naixue’s also jointly launched Chinese style mooncake sets with some images inspired by cultural institutions such as the Palace Museum. The packaging is full of Chinese elements, with special attention to light and delicately designed boxes. In fact, once emptied, the box can be used both as a jewelry container and storage box. The customized mooncake gift box launched by Xiaomi this year is also very interesting. It adopts the design of a music box and tapping the small box can trigger different instrument sounds, making it both interactive and innovative.

In addition to the packaging, the flavors of mooncakes have become more and more distinctive. From the traditional mooncakes with five-nut filling, lotus paste and red bean paste, there are now various flavors that satisfy any consumer’s taste, such as mocha coffee chocolate flavor, peach oolong flavor, taro muddy flavor just to name a few, as the new mooncakes are getting closer to a kind of dessert. An Muxi also launched a special gift box this year, including two mooncakes with the same flavor of An Muxi yogurt and a bottle of mooncake-flavored yogurt, which shows a high level of creativity not only in terms of design but also flavors.

as the starting point

In addition to focusing on festive food, many brands also use other cultural elements for marketing, such as designing some related products (such as cups, cloth bags, notebooks for artistic creations). This year, Starbucks launched a series of cups with Mid-autumn elements, mainly inspired by the moon, rabbits, and sweet-scented Osmanthus (a tree that grows on the moon in traditional Chinese myths). The shapes are vivid and well-designed, and they have been adored by the public as soon as they were launched. In addition, they also launched a silk scarf material for Mid-Autumn Festival mooncake gift box, which is packed with contrasting silk scarves, which can be eaten and "worn", being both practical and fashionable.

In terms of cultural creations, the annual Mid-Autumn Festival competition is also a fierce battle as a means of how to link the significance of the holiday with brands and products, an ultimate test of creativity. In 2018, Hershey already launched the slogan "Mid-Autumn Festival with you is always a good time (Chinese pronunciation of Hershey) " and it is still used today, combining the brand name with the meaning of "Hope for Reunion" in the Mid-Autumn Festival, which is both homey and romantic. Similarly, in 2019, Huawei also produced a short film where the story was about spending Mid-Autumn Festival night with family through the phone screen in order to promote the new P30 mobile phone released that year, highlighting the meaning of using technology to sharing love and connecting with family members, which positively impressed the audience thanks to these heartfelt emotions.

With the fiercer competition of similar products in the market, consumers’ requirements for brand marketing strategies have also become higher and more sophisticated, particularly within holiday marketing campaigns. Only by combining creative skills with a strong connotation to the festival itself, can marketing methods make the difference in terms of both sales performance and brand reputation.

If you want to know how to better leverage the role of marketing in the Chinese holiday market, please contact us via email info@eastant.it.